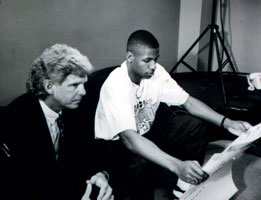 Obesity expert Lessack is an associate member (non-physician status) in the American Society of Bariatric Physicians (ASBP). ASBP is an international association of physicians and allied health care professionals with special interest, experience, special training and excellence in private practice in the comprehensive treatment of obesity and related disorders. As a former Program Director of Heart Disease Prevention and Rehabilitation at Rutgers Medical School, Lessack developed this one of a kind individualized weight loss program. He also holds one of the highest credentials in nutrition. He is a Certified Nutrition Specialist (C.N.S.) endorsed by the American College of Nutrition and nationally accredited by the Council for Higher Education Accreditation. The Board is associated with the American College of Nutrition, a 55-year old organization of physicians, scientists, academics, nutritionists and others.

Paul Lessack, Ph.D. has received awards for Outstanding Young Man in America for his pioneering achievements in the fields of weight loss, sports physiology and cardiovascular health improvement. He was one of the nation’s first sports physiologists to design a nutrition, fitness and sports medicine programs for the Washington Redskins. He has also worked with the NY Giants, Hartford Whalers, NY Islanders and the 1980 U.S. Olympic Hockey Gold Metal Team. Lessack has been interviewed for many articles and has been profiled in such newspapers as the New York Times and Washington Post and in a Hartford Courant article they called him a Crusader for his achievements in his area of expertise. He has also been on several TV News and talk shows as an expert guest (channel 3, 8 and WTIC) and recently of the Faith Middleton Show on CT Public Radio. Weight Loss Specialist Lessack was the first to open an obesity and weight lost center for children in Connecticut (1995).

Lessack also hosted a T.V. show titled, “New Dimensions in Health.” The primary thrust of the show was to improve the public’s knowledge of new and significant scientific advances in the areas of nutrition, weight loss, sports medicine, medicine and health. His is one of the first professionals in the country who approaches weight loss on a person’s individual issues related to eliminating bad habits, emotional, psychological and behavioral overeating triggers and/or metabolic issues (using counseling, applied psychology and/or science). He developed the first Sharing & Caring Program in New Jersey for normal and overweight heart attack and diabetes patients (psychological issues, education and group sessions for the patient and their spouses). Weight Watchers even published an article on their website interviewing Lessack on some behavior issues to help their clients.

Recently, a Connecticut TV station featured Lessack’s outstanding work in programs in weight loss, sports physiology, and cardiovascular health in three segments which was featured on the evening news. Another CT television station did a thirty-minute special on Lessack’s achievements, as a health professional and educator, and also how he developed his unique and individualized weight loss program. Also, by invitation of the American College of Nutrition, Certified Nutrition Specialist Board, and the Chinese Government, Lessack and others were asked to go to China and offer expert advice to help prevent the increased prevalence of obesity with the Chinese people.

Lessack is vice chairman of the Board of Directors of the Senior Olympics in Connecticut and is the health, conditioning, and nutrition advisor on the Board of Directors. He is a former member of the Governor’s Committee on Physical Fitness and Sports. He was appointed by the Governor who, by official proclamation, trusted his integrity to represent his appointment in Connecticut. He is former President of Personal Fitness Management. Having had extensive schooling in the areas of medical and applied medical physiology and psychology, he graduated from University of Bridgeport as the outstanding senior student and is a product of other schools including Columbia University.

Lessack has been in successful private practice for over 20 years in Connecticut. He began developing his unique weight loss program in the 1970’s at Rutgers Medical School. In the 80’s, his program received one of the highest and credible endorsements a weight loss program could receive. In a Channel 8 TV News Special (ABC TV), diet programs were evaluated statewide. It was concluded that the, “Lessack’s Make Sense Program,” was one of the most comprehensive for weight loss, and one of the few weight loss programs, which met the nutritional guidelines as set forth by the American Medical Association, Food & Drug Administration, and the Nutritional Association. He received a similar endorsement in the February issue of Connecticut Magazine which did an article on his psychological approach and titled it “The Best Way to Lose Weight”. He also developed the first sharing and caring program (psychological education program for patients and their spouses) for heart patients in NJ. He was chairman of one of the first conferences of the Fitness Business and Industry in the US. His testing of metabolic cardio-pulmonary was done at St. Francis under the direction of Dr. Bernard Clark III.

Noted Americans such as Mickey Mantle, former Miss Connecticut, Joe DiMaggio, Amy Vanderbilt, and Al Terzi (Channel 3 News) have sought advice from Lessack. In the movie “Miracle on Ice” (about 1980 U.S. Hockey Team) Lessack was referred to as the “secret weapon”. In a 1996 episode of the Sopranos Lessack was mentioned as one of the best of his profession in the U.S. He recently gave advice to one of the top ten American Idol contestants.

Congratulations on award as top obesity expert in state and having best weight loss program in the state!
Featured in CTNOW.
Click here to view my profile >>

A customized eating plan designed specifically for you! Learn more about scheduling an initial consulation!

Lessack's individualized weight loss programs are unique because he has developed ways to find and correct the specific problems that have contributed to being overweight. Check out some of the Success Stories!

ABC TV News (affiliate) reported on the 6:00 news that Lessack's approach was the most individualized and comprehensive in the state compared to several programs.